My friend Elle Strauss (code name Lee for this series) has a new book out--check out the info below! Congrats, Elle!!

The Latest by Lee Strauss! 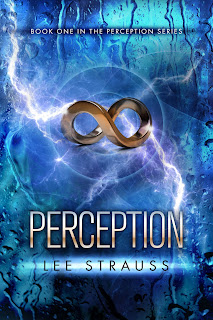 Eternal Life is To Die

For seventeen year old Zoe Vanderveen is a GAP—a genetically altered person. She lives in the security of a walled city on prime water-front property along side other equally beautiful people with extended life spans. Her brother Liam is missing.

Noah Brody is a natural who lives on the outside. He leads protests against the GAPs and detests the widening chasm they’ve created between those who have and those who don’t. He doesn’t like girls like Zoe and he has good reason not to like her specifically.

Zoe’s carefree life takes a traumatic turn. She’s in trouble and it turns out that Noah, the last guy on earth she should trust, is the only one who can help her.

Want to read PERCEPTION? It's FREE on Kobo itunes B&N Smashwords  and on Amazon!


VOLITION is the exciting continuation of Noah and Zoe's story from Perception. 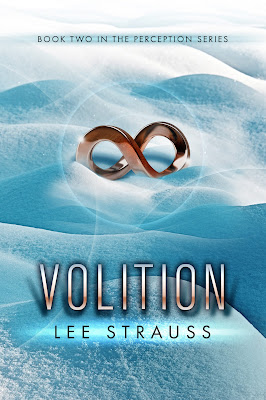 Zoe Vanderveen is on the run with her captor turned rescuer, Noah Brody.


Or at least that’s what he tells her. Her memories have returned but her feelings are dreamlike—thin and fleeting. Her heart can’t be trusted. Just look at what happened with Taylor Blake.


Senator Vanderveen’s new team of cyborg agents are in hot pursuit, and a reward for their capture is broadcast nationwide. Record breaking cold and snow hinder their escape. Someone dies helping them.


And their fight for survival has only begun.

Mark to read on goodreads.

To celebrate Lee Strauss is giving away a $200.00 Amazon, Nook or itunes gift card!
a Rafflecopter giveaway

Lee Strauss writes historical and science fiction/romance for upper YA and adult readers. She also writes light and fun stuff under the name Elle Strauss. To find out more about Lee and her books check out her facebook page. Follow her on Twitter at https://twitter.com/elle_strauss To find out about new releases sign up for her newsletter at www.ellestraussbooks.com

Thanks so much, Sara!

Thanks! I needed a tread read for the plane.